“Where Liberty Dwells, There Is My Country – American Civil War – Letters, Photographs & News Reports” written by Suzanne Meredith was a wonderful educational read for me. I read the book on two days and found it hard to put down. When I received the book I thought it would be about the war, much like other military books I have read, but I was pleasantly surprised. It covered Civil War topics I had not been exposed to. This book is a real, golden nugget.
The book is divided into two parts:First, let me say that I had to look up some terms I had not been exposed to previously. The first one was ‘sutler’. Part One: followed sutler, William C. Gridley. The books states, “…the sutler from Candor, New York, William C. Gridley, in his own words claimed to be a great patriot, providing necessities for the troops, at a hopefully large return on his investments, and risking his life, liberty and goods to do so.” The soldiers did not make much pay, but they looked forward to seeing the sutler and bought goods. Soldiers spent their paychecks week to week on items for them to shave, eat and have that smoke they counted on for relaxation.

The women played an important part of the war. Before the war, the women mostly tended to house duties and their children. With their menfolk away fighting the war, they now had to pick up where their husbands left off – farming and tending to the crops, taking care of their animals, getting wood for the stove and anything else that pertained to running their household. They did this not knowing if their loved ones would ever return from the war, and if they did, what shape would they be in. Many of the soldiers came home as amputees or suffering great emotional stress.

Part Two: presented several documents and photos taken during the Civil War. It gave me a brief glimpse of what was happening during that time. The drugs used were also discussed, because of course they did not have the medicines we have today. During surgery the men were either awake or drank alcohol to numb the pain. Medicines made from herbs were used to battle the dreaded diarrhea the men suffered through – mostly from the food they had to eat that was usually raw or gone bad.

The need for horses was discussed and how important it was to have one healthy and strong to withstand the physical demands of war – trodding through mud or in the forest over tree limbs with little or no path to follow. The horses were also exposed to the loud cannons that filled the air during battle, and needed to be trained to respond to the noise calmly.

Although many terms and groups were new to me, the author put references in the back to help readers learn more. She also included a list giving all the names of individuals written about in her book.

The best part of the book was the correspondence between sutler, William Cadwell Gridley and his fiancée/wife, Frances Augusta Keeler. It showed me that while the men were at war, life did not stand still for those left at home. They still attended parties, went to school, and took care of household duties. They shared how much they missed each other and could not wait until they could see each other again. The pain and agony as they wrote about family and/or friends being ill and some who died. This real life correspondence is what made this book the golden nugget I found it to be.

Disclosure – I was given a copy of this book to read and review. I feel it is definitely a great book giving a great insight into what life was for our ancestors during the war, as seen through the eyes of those who actually lived through it. “Where Liberty Dwells, There is My Country” can be purchased at Heritage Books. 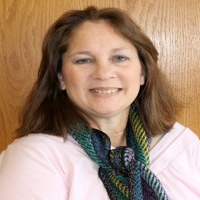